When you work with an incredibly creative team, writing a script can be a lot of fun (especially when you get to write a cartoon for kids). 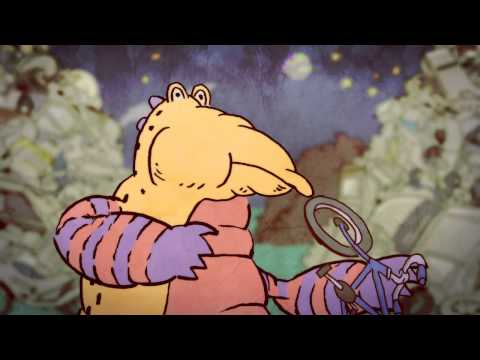 But as creative as you want to be, you have to approach each script with a strategy, as well. Your script can have jokes or tug at the heart strings – but what does it cause people to do? After they watch it, what action is taken?

We’ve been writing television and radio commercial scripts for decades, from the live takes best parodied in I Love Lucy’s “Vitameatavegamin” scene to today’s sleek and professionally-produced advertisements by small and large brands.

These commercials make us laugh, make us cry, and, some times, make us want to buy what product/service/message they’re selling.

In the past few years, we’ve seen pre-roll advertising become more and more important in our campaigns. There’s one simple reason:

People are watching videos online more than ever.

190 million Americans (61 percent of the total population) watched an average of 397 online videos in the month of January 2014, and 36 percent of those videos (or about 143 per person) were advertisements. – Shutterstock

You might think, no big deal. Just use the television ad for the Internet. Easy.

And, while that might be a solution if that’s what your budget allows, that decision should not be the assumption. I talked to Lawrence Basso, Overit’s motion director, and Tim Jensen, Overit’s director of digital strategies, to see what they look for in scripts and concepts for web and for television – are they looking for different things from each one?

“Sometimes, you can throw caution to the wind and just take your :30 spot and run it as pre-roll, but this might not be the best idea. People get impatient, and you want your message to be delivered effectively and as quickly as possible. Having a :15 version of your ad is better, and perhaps one that conforms to that short attention span. Front-load your ad with important content, rather than waiting until the end, given that high “skip” rate that happens.” At the very least, they may retain a little bit of your message.

For me, TV has a little more breathing room, and we can tell a simple story, build emotion and investment from the audience, whereas with pre-roll I feel its the time to get the name of the promotion, deal, service, product or whatever it is out there as quickly as possible.”

I asked him if he chooses to approach video or animation for web differently than for TV.

“One of the biggest factors for scripting online ads is including a call to action that involves what you want the user to do on the website – whether that’s claiming an offer, buying a product, etc. Also, you can take advantage of the fact that a pre-roll ad is clickable.”

Tim points to Catseye Pest Control (client) as an example of how to create custom videos for online advertising.

When that video appears as an advertisement, clicking it takes you directly to a Memorial Day promotion.

When it comes to pre-roll video, Tim reminds everyone to keep the video ad design and messaging cohesive with the rest of the marketing campaign. “Make sure it matches the look and tone of the campaign’s accompanying banner ads, landing page the ad leads to, and any other advertising asset.”

Scriptwriting for TV and Online

With those thoughts in mind, how should you approach scriptwriting?

Most importantly, capitalize on any opportunity you have to work in collaboration with the people in charge of the audio and visuals. As a writer, I don’t want to write something they can’t capture – and, at the same time, I don’t want to limit them if they see greater opportunities. And if you’re writing for a pre-roll ad? Don’t give your PPC manager something they can’t be successful with.

Did you know you can listen to our blog posts? We promise they're not boring. Learn about: ➡️ Traditional Media… https://t.co/GjRCrKQqU2