This month, during a recent Lunch & Learn for the Overit team, I had a chance to speak about two of my passions: marketing and The Dark Knight. Specifically, the marketing lessons we can derive from the film and how we can apply them in the field.

I know it sounds like a stretch, but hear me out… (WARNING: Spoilers ahead!)

As a fan of Batman, the character, I obsess over The Dark Knight and find that every time I watch the film I’m able to pick up something I hadn’t noticed in previous views. This time, I had to put on a different lens to analyze the film, its plot, and its characters from a marketing perspective.

I started with a point about how successful the film was, but I didn’t dwell on it. There’s something to be said about a marketing team that can successfully pull off a 15-month campaign in a way that’s never been done before – resulting in the highest grossing weekend box office revenues in movie history.

So, what exactly was the secret behind the marketing success of the film

For starters, it was a viral campaign that tapped into the existing fan base of the comic book hero, Batman. The marketing team created ways for the fans to engage in an immersive online and offline experience by placing Joker cards throughout various fan-favorite locations. The Joker cards led to a micro-site where fans could vote in an actual election for Gotham’s district attorney, tying in the fictional character, Harvey Dent. It even allowed fans to choose a side – The Dark Knight or the Joker – and engage in team based activities.

Fans were effectively hooked, with 11 million participants spanning 70 countries engaging in all of the campaign’s immersive experiences. It attracted media attention and sparked the curiosity of people who weren’t fans of the comic book hero – essentially turning fans into brand advocates for the film. The campaign was called, “One of the most interactive movie campaigns ever hatched by Hollywood” by the Los Angeles Times.

It earned a Cannes Lions Grand Prix Award for its creativity and is still widely considered one of the best viral marketing campaigns of all time.

One could go on about how amazing the marketing for the film was…But, that’s not what I’m focusing on in this blog…

What I want to answer is how can we tie The Dark Knight into practical marketing concepts?

For starters, great marketing should tell a story

The Joker, the film’s antagonist, is a master story teller; capable of captivating the audience with his flawless delivery and emotional, yet made up, back stories he tells his victims.

Mastering the art of storytelling isn’t easy but sometimes a brand campaign comes along that can overwhelm our emotions and leave us talking about the story. In some cases, we talk more about the storyline than the product but this creates a lingering top-of-mind awareness for the brand.

Remember that time you cried at halftime? 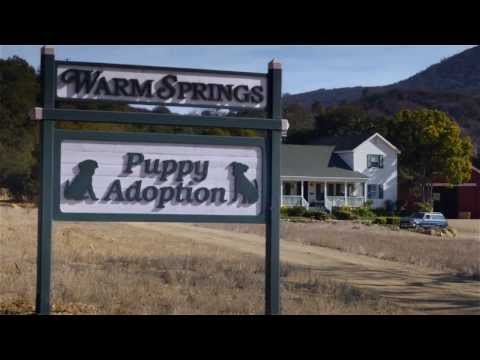 Here’s a perfect example from Budweiser’s 2014 Super Bowl TV spot. The ad featured a bond between a puppy and a Clydesdale that couldn’t be separated by distance or time; it invoked an emotional connection for the viewer who became fully invested in the friendship of these two animals. The spot featured little product placement and focused on storytelling fundamentals, coupled with a song by Passenger, “Let Her Go.” I can say beyond a shadow of a doubt that this was the most talked about Super Bowl spot in marketing agencies the following day.

The Joker believed that the established order was flawed, human beings weren’t meant to have order. Instead, he believed chaos was the natural state of things. The Joker proclaimed himself as an agent of chaos.

There’s something to be said about chaos as an advertising strategy. Take Mountain Dew, for example. In 2015, Mountain Dew took a chance. A wild, albeit chaotic chance! It released an odd commercial with a bunch of guys drinking Mountain Dew in a basement, who suddenly get overcome with an urge to dance. All of them start dancing and the TV spot ends with a shot of a large white dog dancing wildly while the other guys continue to follow behind, then panning to a shot of Mountain Dew on an end table. In 2016, it followed up with an even more crazy TV spot featuring a “Puppy Monkey Baby” creature carrying a bucket of Mountain Dew. Both resulted in widespread acceptance and created the buzz the brand was looking for.

A few lessons can be learned from this advertising spot.  The first being that your marketing doesn’t always have to make sense if it can create the desired result. The result here was humor, strange humor. And the second lesson that can be learned here is that chaos, when channeled correctly, can be an effective method of marketing.

Who you choose to represent your brand matters.

A major concept in The Dark Knight was that of conflicting moral values. The desire to do what’s right above all else and conversely, the desire to do what needs to be done. Harvey Dent, who played one of the film’s “good guys,” became corrupted after a tragedy left him badly burned and his soon to be wife deceased. The Joker convinces him that he should let go of his morality, ultimately convincing Dent to become the criminal known as “Two-Face.”

“You either die a hero, or you live long enough to see yourself become the villain.” – Harvey Dent

It goes without saying that your employees, leaders, and even clients shape the very perception of your brand in the public eye. So, when choosing your team, your brand representatives and your leads, it’s important to find out who they are behind the scenes. Brands like Livestrong and Subway lost market share, clientele, and employees because of brand representatives who did things that brought negative attention to their respective brands.

What marketing lessons can we learn from The Dark Knight himself?

Batman puts on a mask and a cape and takes on hundreds of armed criminals and dangerous gangs. He does his job without fear because he understands the risk is worth the reward.

Great marketing is also fearless. Take the “Fearless Girl” statue by McCann New York for State Street Global Advisors. The campaign was a guerilla marketing tactic used to inspire young women to challenge the status quo, insisting that women could stand fearlessly in front of their male counterparts on Wall Street and feel empowered knowing they were every bit as deserving of their position.

The statue was discreetly placed in front of Wall Street’s popular “Charging Bull” statue as a metaphor for courage. The result? People rallied to keep the statue up, even after kick back from city officials, Wall Street execs and some members of the public who insisted it was disrespectful. The statue was permitted to stay for an extended duration because of the strong outcry for what it represented.

It also gained critical acclaim, becoming one of the most awarded marketing campaigns of our generation.

“That is not an ad. That is beyond anything we’ve ever done. That is permanent,” said, Tham Khai Meng, Titanium Lions jury president.

Batman believes in truth, justice and he embodies that mantra every day. In the film, Bruce Wayne prepares to sacrifice his own reputation by coming out as the Batman, instead of risking more police officer and civilian casualties.
The best kind of marketing is honest…

…it isn’t afraid to call you on your bullshit.

It isn’t afraid to put you in your place every now and then. The above campaigns have done just that, successfully. You can hardly see someone smoking a cigarette these days without thinking of those longstanding ‘Truth’ commercials and every day, we see advertisements for safe driving that make us second guess our decisions behind the wheel. That’s effective, honest marketing at its finest.

In the film, Batman adjusts his tactics, thinks outside of the box and uses every tool available at his disposal to effectively defeat his adversaries. As marketers, we need to be creative in every aspect of our jobs. From the way we approach difficult tasks, to the way we sell our services. Creativity should be present in our content – written and visual. It helps us create better stories, enables us to demonstrate meaning and allows us to establish a connection with our intended audience.

Take the above ad from Lego. It creatively uses the product to paint a visual image of a little girl using her imagination – instilling emotion for the intended audience and delivering a message that creativity is the key to success.

Lastly, everyone wants to be Batman.

Early in the film, Batman is faced with several copycats who impersonate him and attempt to take on criminals on their own. It doesn’t sit right with him because he feels personally responsible for putting them in danger. However, it encourages him to find new methods of inspiring people to be better. In doing so, the police, government officials, and even regular people start to take back their city from the corruption that once plagued it.

Effective marketing doesn’t just sell a product or service; it also shapes the industry. Marketers should focus on creating content that reaches their intended audience but also encourages others to follow their lead. We’ve seen so many industries sprout up because one brand decided to try something different. Take the iPhone for example, the first of its kind in smartphone technology; challenging other brands to rethink how they’ve always done things. It goes without saying that great marketing inspires copycats, but it also encourages new ideas and a more robust product offering for customers.

As marketers, our focus shouldn’t be on the next project or on getting something out before a deadline (at least not completely). We should be incorporating our passions into what we do. For me, this particular film has already sparked some new ideas, but from an overall marketing standpoint we can and should borrow concepts from film, art, music, and other marketing campaigns to fuel our craft. As a general rule, you should always be yourself, unless you can be Batman, then be Batman.